The functional purpose of friction plates

The following features of the friction plate should be checked when the clutch is being replaced:

If the friction plate has been subjected to excessive wear, in particular with „pot friction plates“, special care should be taken to ensure the bolting surface is replaced around the milled areas.

We differentiate between the following design variations in friction plates intended for utility vehicles: 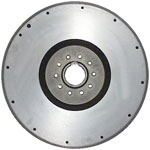 Friction plates for Euro I engines 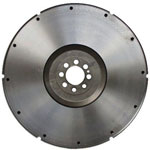 Friction plates for Euro II and later engines
The friction plates bear additional recesses beneath the splines in the form of milled grooves or bore holes. These recesses are required for absorbing the movement during electronic injection (EDC). When changing the flywheel it is imperative to ensure that the recesses are aligned, as otherwise any misalignment could cause engine damage. 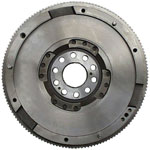 Dual flow flywheel
With a dual mass flywheel, the flow from the flywheel is divided into primary and secondary flow. A spring damping mechanism is located between the two flows. This permits the engine rev fluctuations to be reduced optimally and contributes to noise hindrance and protection of the gearbox.

We hold stock of all conventional friction plates for MAN and Daimler-Benz vehicle models.

Upon request we can supply cost-efficient refurbished friction plates as alternatives to new components.