The functional purpose of release bearings 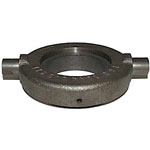 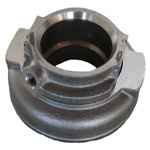 Releaser centrally positioned on a toggle
The release bearing balls are set into the circumferential inner ring.

Lower revs increase the longevity of the release bearing. 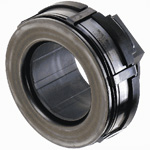 Releaser with self-centring bearing form
The releasers are designed as self-centring components (radial movement approx. 1.5 mm) to balance unavoidable tolerances between the engine block and the gearbox cover. Initial clutch actions lead to an automatic centralisation on the lip of the membrane spring. 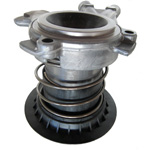 Releaser with integrated driver cylinder
Releaser and driver cylinder, as a complete unit, encompass the gearbox input shaft. A big advantage of this type of design is an automatic replacement as the clutch lining wears out.